The club used their UHF repeater that was stationed close to the race location for the majority of communications with some additional VHF simplex use.

Each station manager was responsible for outfitting their stations with gear and transportation of gear and personnel to the stations.

The day started a bit cloudy and cold but warmed up as the day went on. The amateurs had not previously met many of the volunteers at the station locations and a rapport was quickly developed. The atmosphere was jovial yet businesslike.

Everyone came away from the event with positive feelings about our contribution and our time at the event.

Here is a description of the four stations:

At Cliff Gilker Park, Gord VA7GRF, Barry VE7YEE, and Patrick VE7HZF setup their station a bit too close to the DJ and later had to move further away from the speakers: 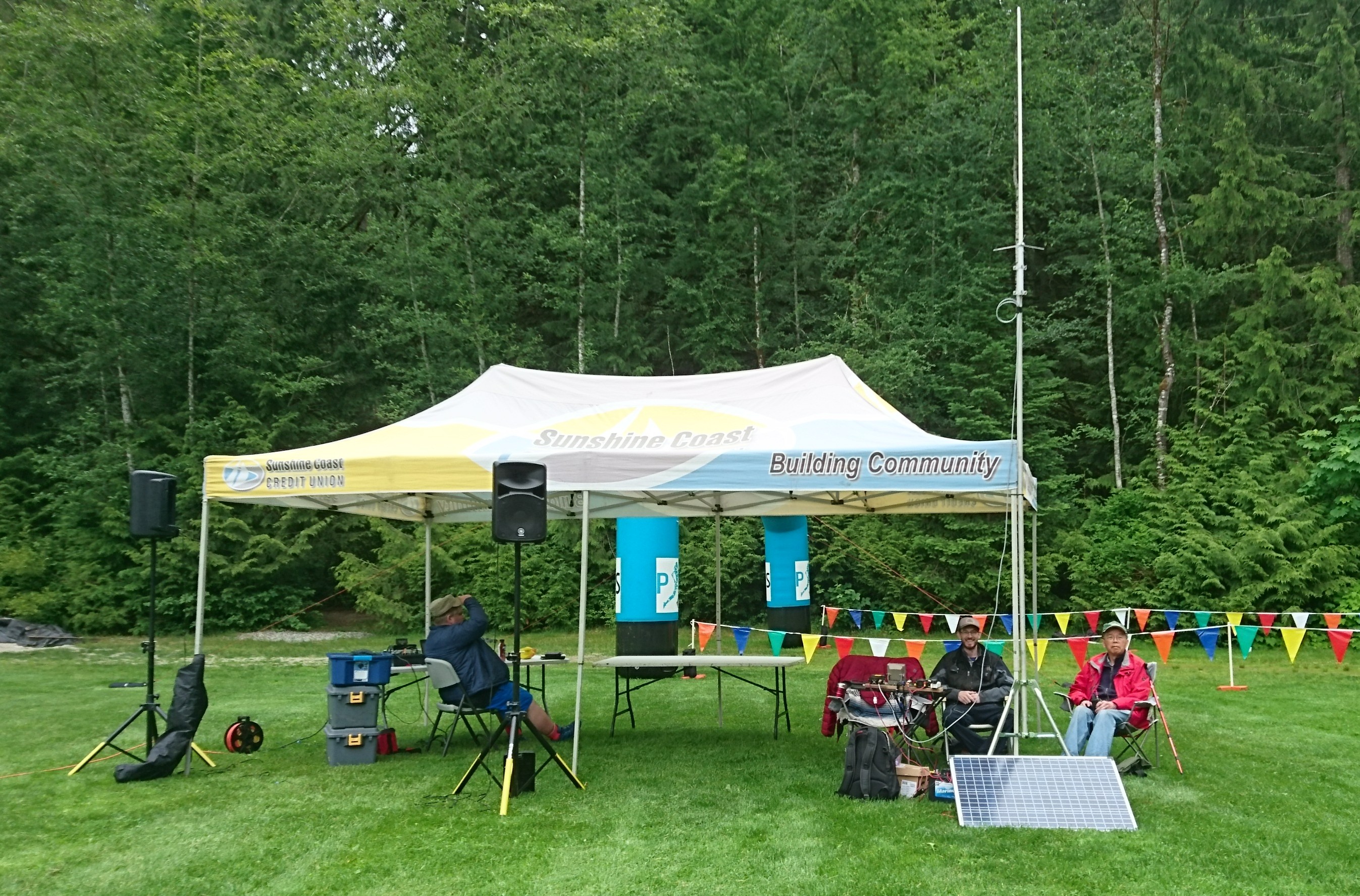 Good thing we brought comfortable chairs and a small table...

Randi (the race organizer) was very busy all day and often came to us with traffic for the other stations, or to ask for updates.

At Aid Station 1 (49.42969, -123.55971), Bryan VE7HXN, Alan VA7AGG, and Robert VE7RBE had to manage two loops, and a few injured runners. The day started out cloudy and cold. We brought coffee and instantly made friends at the aid station. We stood around the solar charge controller watching the numbers change like we were watching a camp fire. The station had a cowboy theme with bails of hay, cowboy hats, country music, and BBQ. Our station never had a dull moment and we got an idea of the limits of our portables when we sent VE7HXN on a hike to find an injured runner. 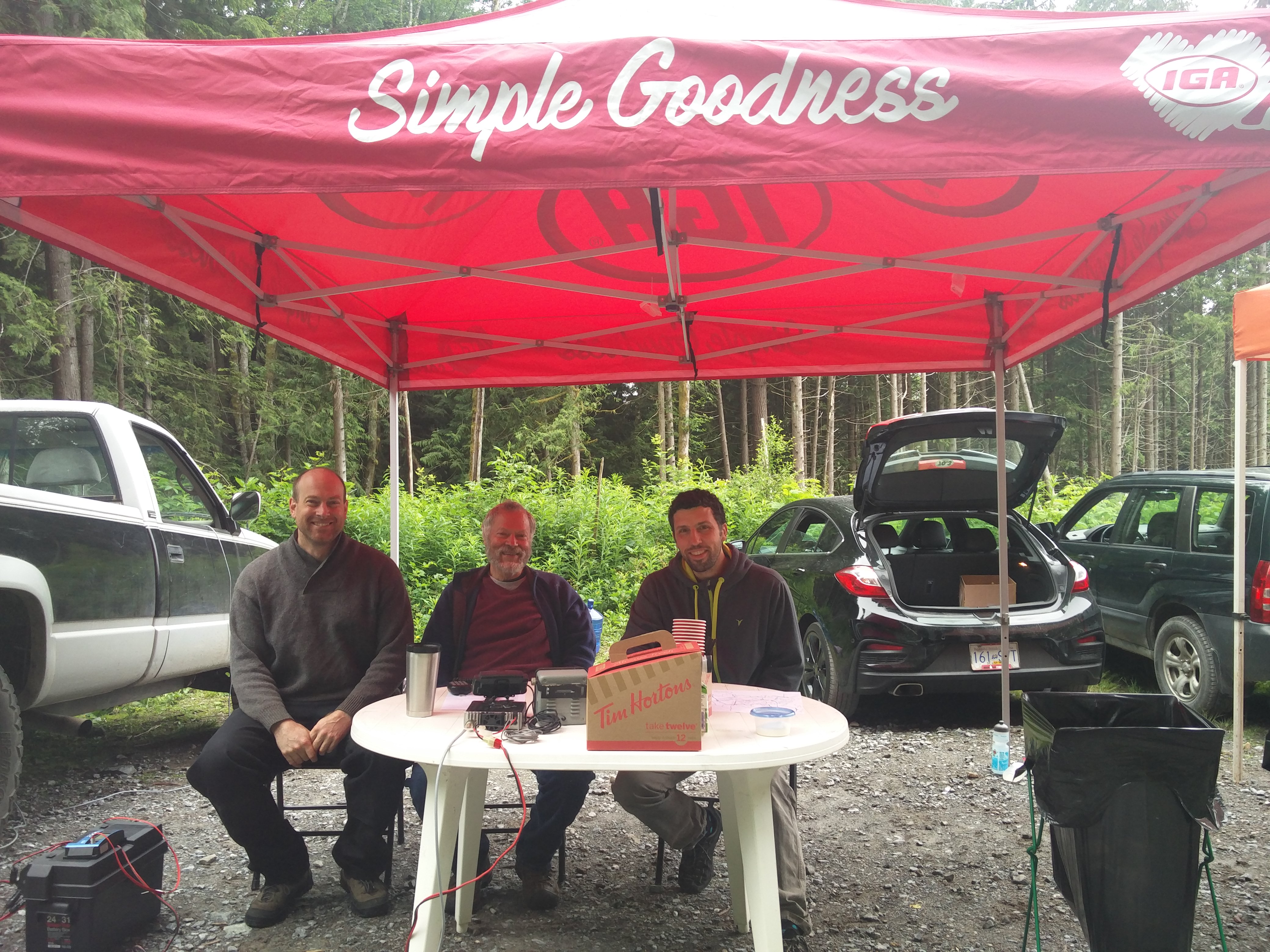 Steven VA7SMI provided communications for the mobile support station that was dispatched to different Aid Stations all day. Installing the Kenwood with APRS enabled was a really good idea. For the first little bit, we were able to follow Steve around using APRSDroid on our phones. Unfortunately, due to technical issues, that radio stopped working later that morning.

Here are the notes I sent to Randi regarding what could be improved for next year. In no particular order:

A few points I would add for us:

Overall, I think it was an excellent experience for us and we did really well. I know Randi is very grateful for our help. I hope we get to do something like this again soon...