Yesterday, I finally finished installing my new desk and re-organizing the bulk of my station. Here are a few before / after pictures.

Since we moved to Roberts Creek, my station has been tucked away in a small Ikea shelving unit in the corner of our small livingroom. It was nice because I could close the doors and keep everything hidden away, but it also means that it wasn't very comfortable to operate for extended periods.

After much deliberation, we decided to replace the shelving unit with an adjustable sit / standup desk. 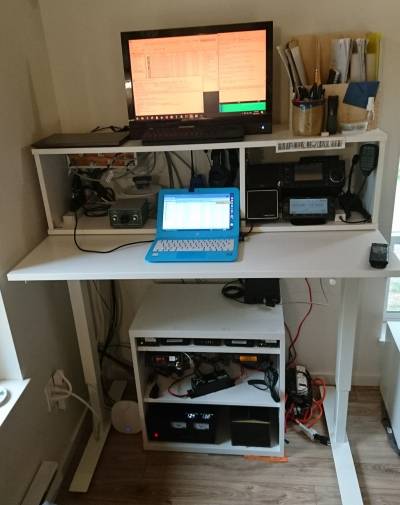 The desk is in the same spot but facing the side of the house instead of the front.

The cubby on the right was made to the fit my IC-7300, ID-5100, speakers, and microphones. However it would be pretty trivial to shift the vertical piece somewhere else if needed. I also reduced the height so that the monitor would be comfortable to use. 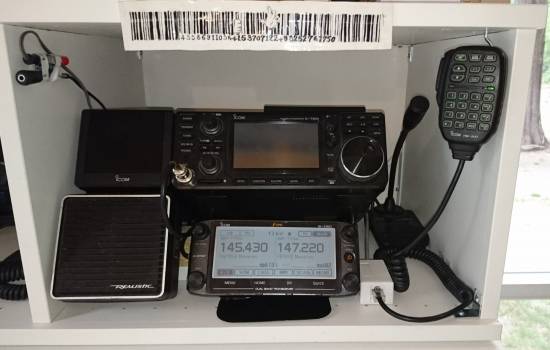 Here's a closeup of the radio cubby.

The ID-5100 microphone cord is connected into an Ethernet patch cord to extend it to the radio. On the left, there's a small A/B audio switch so that I can easily connect my headphones into the 5100 without reaching under the desk. 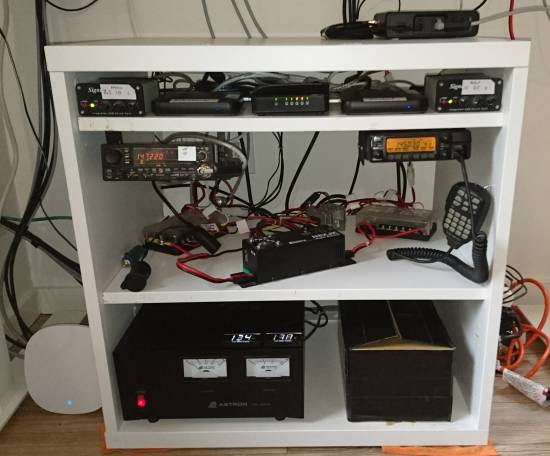 Under the desk is another chunk of the original shelving unit. I made it as high as it would fit under the desk in its lowest position. 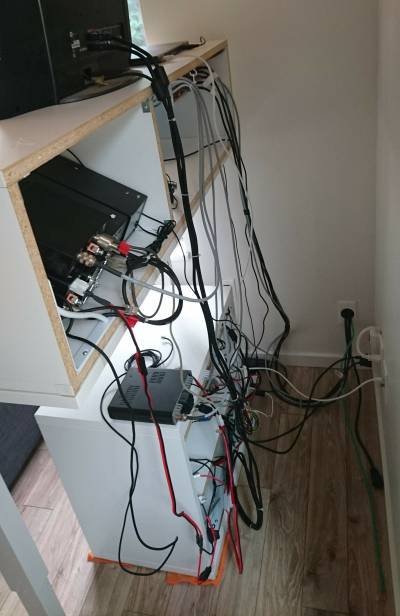 A very nice bonus is to be able to easily slide everything out a few feet to work on the wiring behind.