A few volunteers are giving a try at creating a protocol for a communications NET managed using JS8. The impetus came from observing the difficulties of voice net check-ins spread over a wide geographic area, with some stations unable to hear the net control station (and vice versa) [likely due to picking a higher operating frequency to get better strength signals, but then having to deal with SKIP ZONES], stations on top of each other in the time domain, difficulties understanding some stations, and on and on.

A first-draft protocol has been written and is about to be tested. The main difficulty accepting an unknown set of stations is a priori attempting to separate them in the frequency spectrum of an audio passband. The trial solution is to assign them in groups to segments of the audio passband, based on the last character of their call sign. This may somewhat reduce the chance of overlap. Anyone have a better solution? Goal was to check in multiple stations SIMULTANEOUSLY using the inherent frequency multiplexing of JS8.

This protocol uses a primary and backup net control (the policy of the voice nets of this group) and then has the primary NCS list all of the recognized stations in a message to the backup. All stations could copy this message, and then reply at the same time as the backup, with callsigns missed by the primary NCS at the first attempt.

Anyone ever done this before or have improved suggestions?

A few days later, someone else jumped in with a helper program called NetControlJS8: 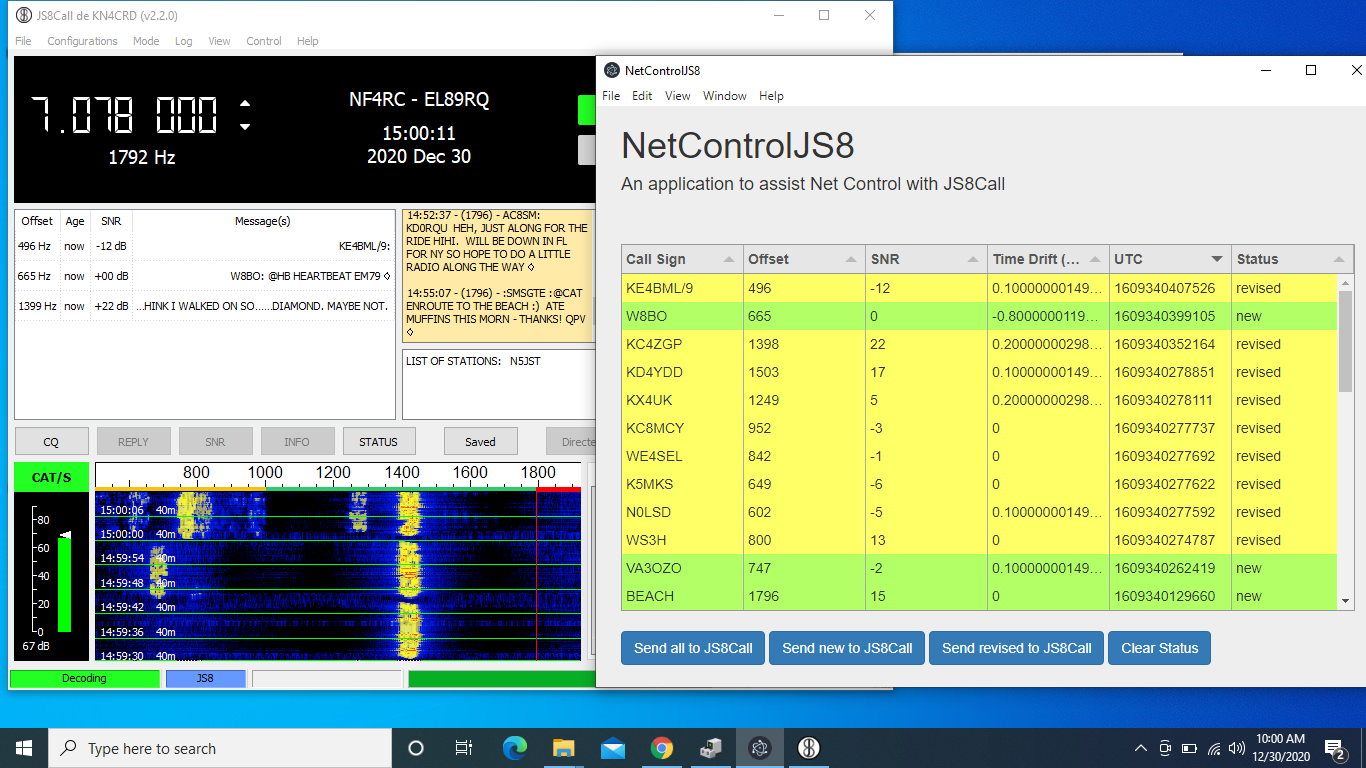 And yesterday, Gordon posted the first draft of his proposed protocol.1)

This project is very much a work in progress. It would be worth for those interested to join https://groups.io/g/js8call and follow the “Net Communications using JS8” topic.