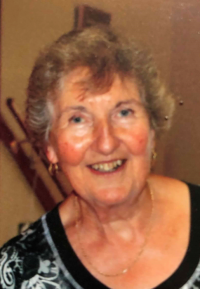 It is with great sadness that the death is announced of Barbara Lightfoot in St Mary’s Hospital, Sechelt following a heart attack suffered at home.

Barbara was born in Swanage, Dorset, the eldest of six children born to John & Ina Green. She trained as a nurse and subsequently practiced as an OR sister.

Barbara and her family emigrated to Canada in 1968, settling in Calgary. Following the end of her first marriage she worked in Saudi Arabia as nurse supervisor. With her second husband she retired to Sechelt in 1999.

Barbara is survived by four of her siblings, her three children and second husband. She will be sorely missed.

A short cremation service will be held at Devlin Funeral Home, Gibsons on Friday, 21 December at 3:00 pm