From Obituary University of Manitoba: 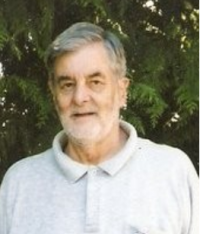 October 28, 2010 It was with great sadness that his colleagues in Winnipeg learned of the death of Francis Konopasek on 28th October 2010 in British Columbia. A Professor of Physics at the University of Manitoba until his retirement in 1989, Francis played a fundamental and specialized role in the upgrading and development of the negative ion cyclotron facility here in the late seventies and eighties. The upgrading of the accelerator planned and largely implemented by the late Professor Saewong Oh finally reached fruition through the expertise of our in-house RF expert Francis Konopasek. Under his guidance, with new DEES and DEE-tips, the mode of particle acceleration was changed from push-pull mode to push-push, and with additional shimming of the magnetic field, only the main magnet remained unchanged. The energy available increased to 50 MeV for protons (H-) and now included deuterons (D-) of energies up to 25 MeV, with currents up to 20µA possible for both. Increasing the DEE voltage increased the energy gain per turn and transformed the cyclotron to a performance and variability comparable to that of a Van de Graaf accelerator at lower energy. In the end, Francis and the machine development group made this transformation possible.

Professor Konopasek obtained his BSc degree from Cambridge University in 1952, after entering as an Organ Scholar at King’s College. His Master’s degree in Mathematics followed in 1954, and led indirectly to five years practical experience with the proton synchrotron (PS) laboratory at CERN, the European nuclear facility in Geneva, Switzerland. His work on the synchrotron involved modeling and testing 16 RF stations for the PS accelerator, and some experience with power amplifiers which fitted in well with his later responsibilities in Manitoba. Starting in 1960 as a teacher of electronics at all levels: and for five years Head of the University Electrical Workshop, his expertise made him invaluable to the incorporation of all electrical facilities into the newly constructed spiral ridge cyclotron, and then the upgrading of the RF system in the early 1980s. Just prior to his retirement from the University of Manitoba, he was responsible for the design of the RF system for the proposed PAULI accelerator (Polarised and Unpolarised Light Ions), which, despite an international workshop on the proposal, never saw the light of day. Nuclear Physics was taking new directions, and retirement was the reward for Francis.

In closing, it should be noted that Professor Konopasek was a research scientist with a broad vision. He was fascinated by medical physics and was involved in the commercial production of a self-powered defibrillator. He held two patents one for the defibrillator and one for a cardiac disaster alarm. He also contributed his general knowledge to the solution of environmental problems dealing with asbestos, ureaformaldehyde foam, drugs and food among others. Our sympathy now goes out to his wife Elizabeth and family on the Sunshine Coast in BC, at this difficult time. Elizabeth and Francis actually first met at sea, on a cruise while she was working in the Merchant Navy. They then enjoyed 38 happy years together. If indeed ‘the hand is the cutting edge of the mind’, Francis had the technical ability to turn a dream into reality, and who could ask for more? He will be greatly missed.