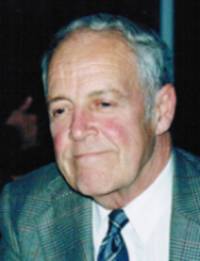 Jim was born on October 29, 1926 in Armstrong, BC. He spent his boyhood years in Armstrong and Duncan, and graduated from UBC medical school in 1955. He practiced medicine in the Lake Cowichan area for six years, and then on the Sunshine Coast until he retired in 1987. As a family doctor he enjoyed attending to patients in the old Pender Harbour hospital, in the new (St. Mary's) Sechelt hospital, in the clinic in Gibsons, and in patients' homes up and down the coast.

Jim was also a ham radio operator (VE7NV), pleasure boater, and avid fisherman. The family extends heartfelt thanks to the staff at Christenson Village for their superb care over the past several months. A memorial gathering will be held at the Royal Canadian Legion Branch 109 in Gibsons on Saturday, October 2nd from 1 pm to 4 pm. In lieu of flowers, donations can be made to the St. Mary's Hospital Foundation, Box 1761, Sechelt, BC V0N 3A0.