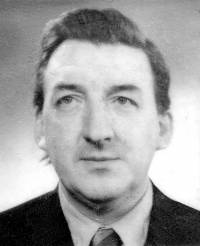 It is with great sadness that we announce the passing of William (Bill) Rimmer after a long and hard fought battle with cancer. Even though his body weakened, his sharp mind and wry sense of humour stayed with him to the end. Born in Wallasey, Cheshire (U.K.) to William and Josephine Rimmer, Bill graduated from the University of Liverpool with a double major in Geology and Physics. He married Sheila on March 2, 1954 and they boarded a ship for Canada the following day. Working in the burgeoning oil business in Alberta, Bill and Sheila had three children, William, Carol and Cate before moving to international oil exploration in Australia, Papua New Guinea and Southeast Asia and finally back to Calgary and the Canadian Arctic in the early 1970s.

Bill was a great storyteller and loved to recount the escapades and adventures of his life. Following retirement Bill and Sheila moved to the Sunshine Coast in 1999 living first in Gibsons and then in Sechelt. He spent his final years engrossed in gardening, amateur radio (serving as the President of the Sunshine Coast Amateur Radio Club for several years) and his last passion - painting. He spent all day everyday painting until his illness got the better of him.

Bill is survived by Sheila, his wife of 60 years and by his children Bill (Sandy), Carol (Richard) and Cate. He will be terribly missed by his grandchildren Will, Ben and Lydia, Ryan (Kori) and Jeremy, and great grandson Carter. Bill is also survived by his brother Peter and family in the UK. The family would like to thank all of the nurses at St Mary's Hospital and the Sunshine Coast Hospice for the wonderful care Bill received, with special thanks to nurses Lisa, Nancy, Marie and Tara. We would also like to thank Dr. Karen Forgie, Dr. Sara Wadge and Dr. Barbara Melosky. No funeral by request but a celebration of Bill's life will be held later in the year. Donations may be made in his memory to the Sunshine Coast Hospice Society, PO Box 902, Sechelt, BC. V0N 3A0.