Echolink is a program that allows phones and computers to connect to a repeater or simplex radio node, or two repeaters to connect to each other over the internet. The program can run in either Single-User (client) mode or Sysop (server) mode.

The Single-User mode is what you need to use to connect your smartphone or computer to a repeater over the internet. It's very useful to check in to nets or connect with other hams when you're out of reach from the repeater.

In addition to downloading the right software, you'll have to validate your callsign with EchoLink to prove that you are licensed. Also see the authentication page for more details.

To adjust the Echolink levels on the app:

The Sysop mode is used to interface a radio (or repeater) to the echolink system via the internet. The VE7RXZ-R node consists of: 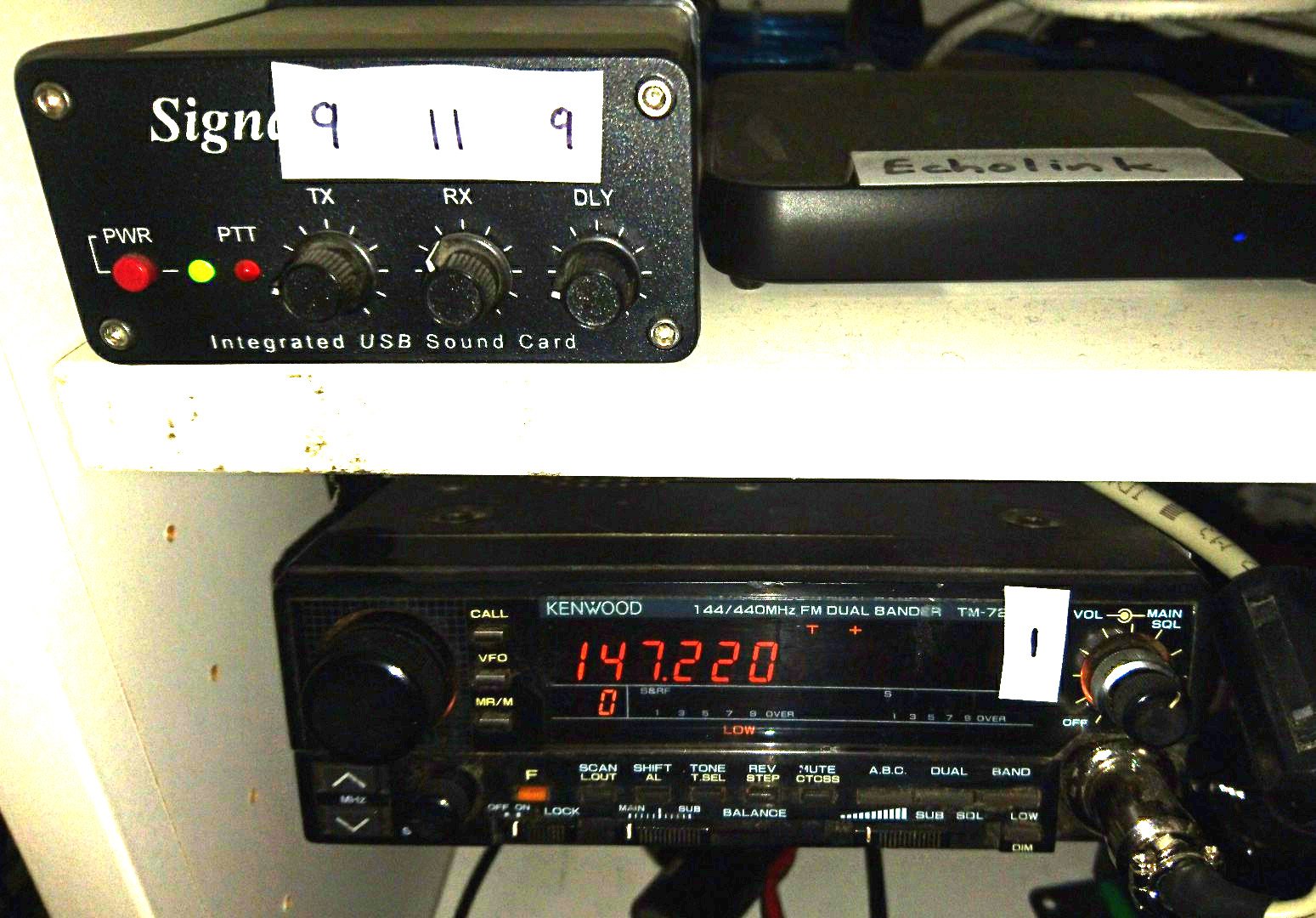 The numbers on the white tape are the “o'clock” positions of the dial in case I bump them up, which I've done before.

The first step is to configure the Signalink unit properly in Windows. At first, it'll probably show as a USB sound device, but I changed the name to “Signalink”, which is what you'll see in the screenshots here.

This next part is trickier. We need to adjust the transmit and receive volumes of the rest of the equipment. To do this, we'll need:

The first step will be to adjust the receive of the echolink system.

First, adjust the Signalink delay. Ideally, we want as little delay as possible but some is needed.

The final step is to adjust the Signalink TX knob: