Hopefully you'll get more than 80% on the test and be able to get into HF. These bands are a lot of fun because even in simplex, they can be used to communicate around the world. The radios are also more complex, and the antennas much bigger (more on that later).

As we've seen, using LSB or USB has advantages over using AM, but either sideband is as good as the other. As long as both radios are using the same method, they'll be able to communicate. By convention, however, when using SSB, the HF band plan stipulates that for voice operation:

Nets are regularly scheduled “meetings” where hams meet. Different nets have different purposes and procedures but generally they have the following in common:

On HF, if other operators are using the designated net frequency just before the start of the net, the net controller can ask them to relinquish the frequency for the net operations. Although they should move to a different frequency as a courtesy, they are not obliged to. In this case the net controller should conduct the net on a frequency 3 to 5 kHz away from the regular frequency so that regular net participant can easily find the net without causing interference to the others using the regular net frequency.

Although Morse code is not required for the basic licence, it's important to know some of the rules regarding this mode of operation.

Suppose you wanted to fly your own plane from Vancouver to the Caspian Sea. Which direction would be the shortest?

Looking at a map, it looks like the answer would be to fly roughly due East along the 49th parallel, over Canada, across the Atlantic Ocean, and over Europe:

Or would it be to go West instead, across the Pacific Ocean and over China?

Well, it turns out that neither is right. The shortest path is over the north pole:

Drawing a straight line on a “conventional” map usually results in an actual path that curves and is longer than it could be. For example, if you flew due East along the 49th parallel, you'd need to be turning left a little bit all the time to stay at the same latitude. This may seem like a weird idea, but supposed that you were right at the North Pole. If you moved off a bit and walked circles around the North Pole flag, you'd be walking on one latitude line (probably like 89.99999º or something). But the point is that unless you're at the equator, following one latitude line due East or West means that you have to be turning (left if going East and right if going west). So you're not going in a straight line2). The converse is also true: a real straight line will have to be drawn like a curve on a “conventional” map unless it's right on the equator or going in the north-south direction.

For example, the path from Vancouver to the Caspian Sea over the North pole is the shortest path between those two points. It's a real straight line. But on a “conventional” map, it would look something like this3): 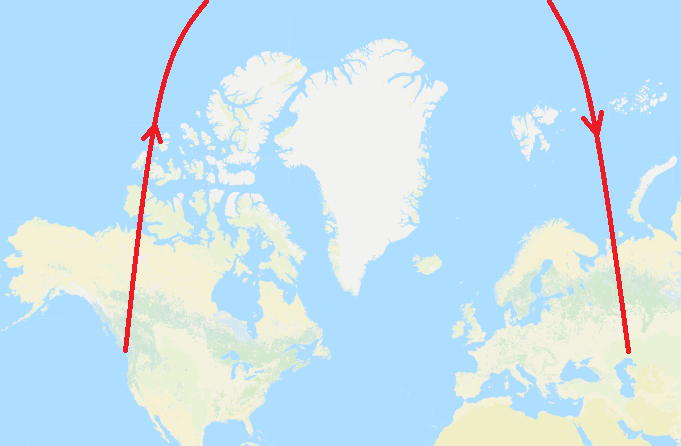 For ham operators, being able to find the shortest straight line between two points on Earth is important because radio waves travel in straight lines. Sure, they bounce, reflect and refract, but they don't just turn left to follow a latitude line. So if you want to know where to point your antenna to reach a specific region, a conventional map won't be much help. Instead, we use what's called an Azimuthal map.

For example, here's one centred on Vancouver showing that the shortest straight line to the Caspian Sea has a bearing of 5° East of North. That's where you'd need to point your antenna if you wanted to talk to someone there: 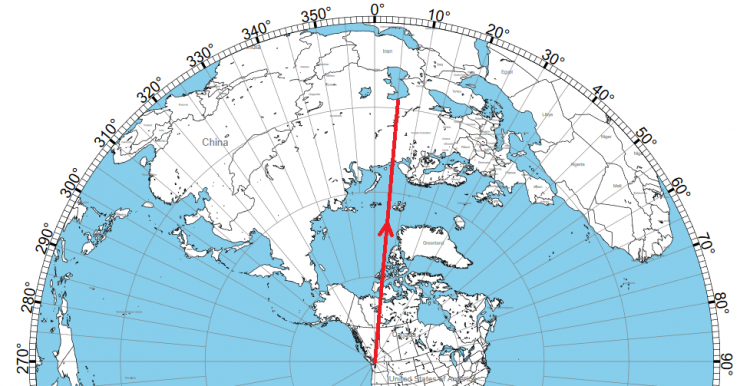 Here are a few important things to know about Azimuthal maps:

Fun fact: the United Nations flag is an Azimuthal map centred on the North Pole. 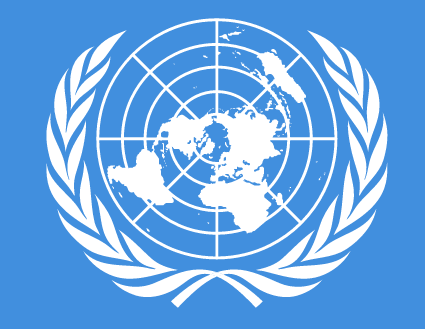 As we've seen above, in general, there's only one shortest straight line path between two points on the Earth (called the short path) and it can be found using an Azimuthal map. There is, however, one other straight line path (called the long path) in the opposite direction, 180º, from the short path. Pointing your antenna in the long path direction can sometimes allow you to hear better depending on the conditions or the skip zone (more on that later).

QSL cards are signed post cards listing contact date, time, frequency, mode, and power that amateur operator sometime exchange as written proof of the communication. They are optional and many hams do not use them.

A logbook is also optional but many amateurs keep one in case of interference complaints, for operating awards, or to preserve memories over the years.

Both are always kept in UTC (Universal Time Coordinated) formerly known as GMC (Greenwich Mean Time). Incidentally, to set your station clock accurately to UTC off the air, you can use: CHU (in Ontario), WWV (in Colorado), or WWVH (in Hawaii)

1)
Digital modes, however, always use USB no matter what band.
2)
On a sphere, a “straight line” is called a geodesic and it's always along a great circle
3)
Turns out that there's now a way to show geodesic lines on Google Maps: Notice how North-South paths appear straight, but not East-West paths
howto/hambasics/sections/hfops.txt · Last modified: 2021/12/27 21:49 by va7fi