[SSTV] is a much slower method of still picture transmission, usually taking from about eight seconds to a couple of minutes, depending on the mode used, to transmit one image frame.

Since SSTV systems operate on voice frequencies, amateurs use it on shortwave (also known as HF by amateur radio operators), VHF and UHF radio.

The easiest way to start playing SSTV is to install Robot36 to receive and (optionally) SSTV Encoder to send.

To test this off the air, use a phone with SSTV Encoder to “transmit” the picture as sound via the speakers, while a second phone with Robot36 listens and decodes the image.

To decode SSTV transmitted over the air, do the same thing: have your phone with Robot36 listen to the radio speaker and you'll see the image load.

The previous method is the most basic and is subject to noise from the environment. A better way of receiving and transmitting is to send the audio from the radio straight to a computer.

With the SignaLink already installed and configured, the only other step is to install a program like MMSSTV

From time to time, the International Space Station transmits pictures on 145.800 MHz. To find out where the ISS is, the Android app AmsatDroid is excellent. More information about SSTV from the ISS, can be found on amsat-uk.org. 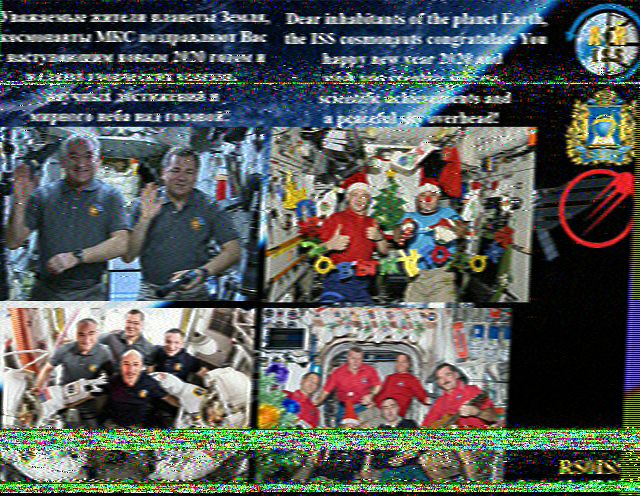