A crossband repeater is different from a regular repeater in two important ways:

Many higher end dualband radios are capable of doing cross-band repeat (Icom's ID-5100 or Kenwood's TM-D710G are two examples). Below are different uses for a crossband repeater.

Supposing you are in a remote location with no repeater and you have a few people who need to communicate with handheld radios. You could park your car with a crossband repeater up a hill and use two simplex frequencies as follows: 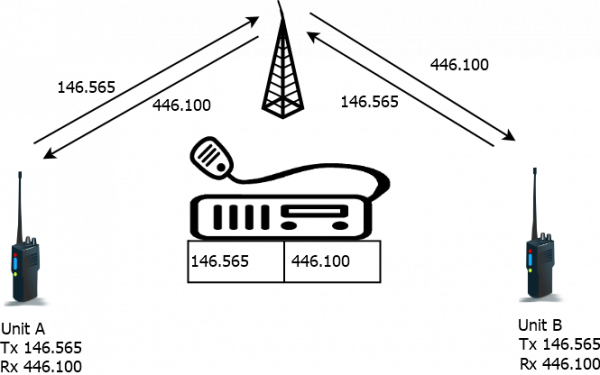 In practice, it might be tricky to setup the handhelds to receive on one band and transmit on the other. With Baofeng radios, I found it was easier to have receiver A set to the Tx frequency and receiver B to the Rx frequency.

There's a simpler variation of the above scheme but it only works for two handhelds: 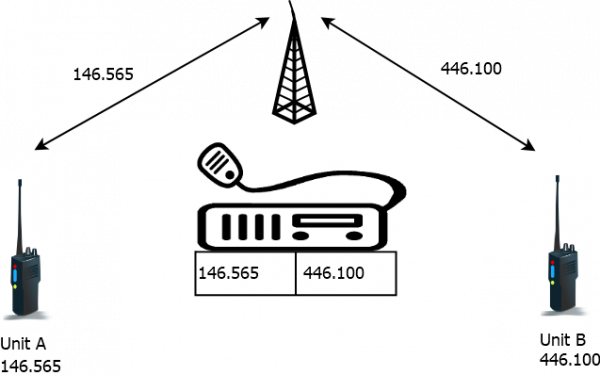 This is a scheme I use often at home with my base station in crossband mode: I tune one receiver to our local repeater, and the other to a simplex UHF frequency. I can then use my handheld around the house and the yard with the “power” of my base station and antenna to get into the repeater.

One thing to keep in mind with crossband repeat is that the radio doing the repeating is transmitting every time someone transmits. Using this scheme to listen to an hour long net means that the radio would transmit at close to 100% duty cycle, which it may or may not be designed to do. It would be best to use the lowest power setting and/or keep the use to a minimum.

The following is a variation I use when I can hear the repeater with my handheld, but can't transmit to it because of the handheld's low power. In this configuration, the crossband repeater only transmit when I am transmitting, not when the others are transmitting, which is much much easier on the radio. 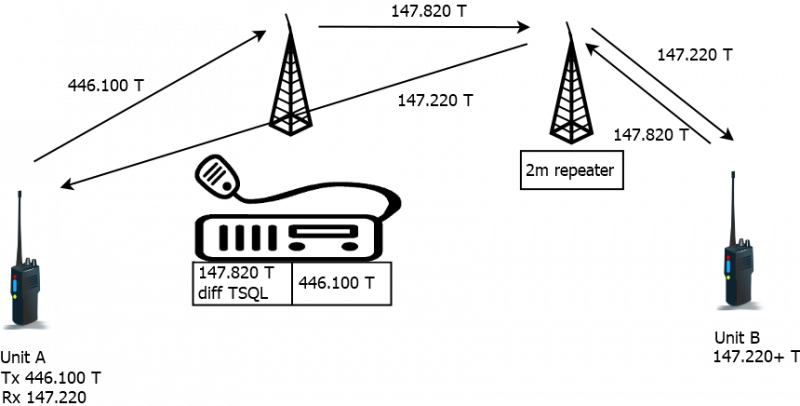 The crossband repeater is set up with the input frequency of the repeater without the offset. The tone is set to the repeater tone, but the tone squelch is set to something else (I'll explain in a minute). So:

In this configuration, the crossband repeater only re-transmits Unit A, and not everyone else on the net, keeping the duty cycle low.

Here again, high transmit duty cycle can be an issue.

To reach Unit A, Unit C would need to “impersonate” the VHF repeater and be setup as the “opposite” of Unit B.

It's pretty easy to setup a cross band repeater with two KT-8900 radios. 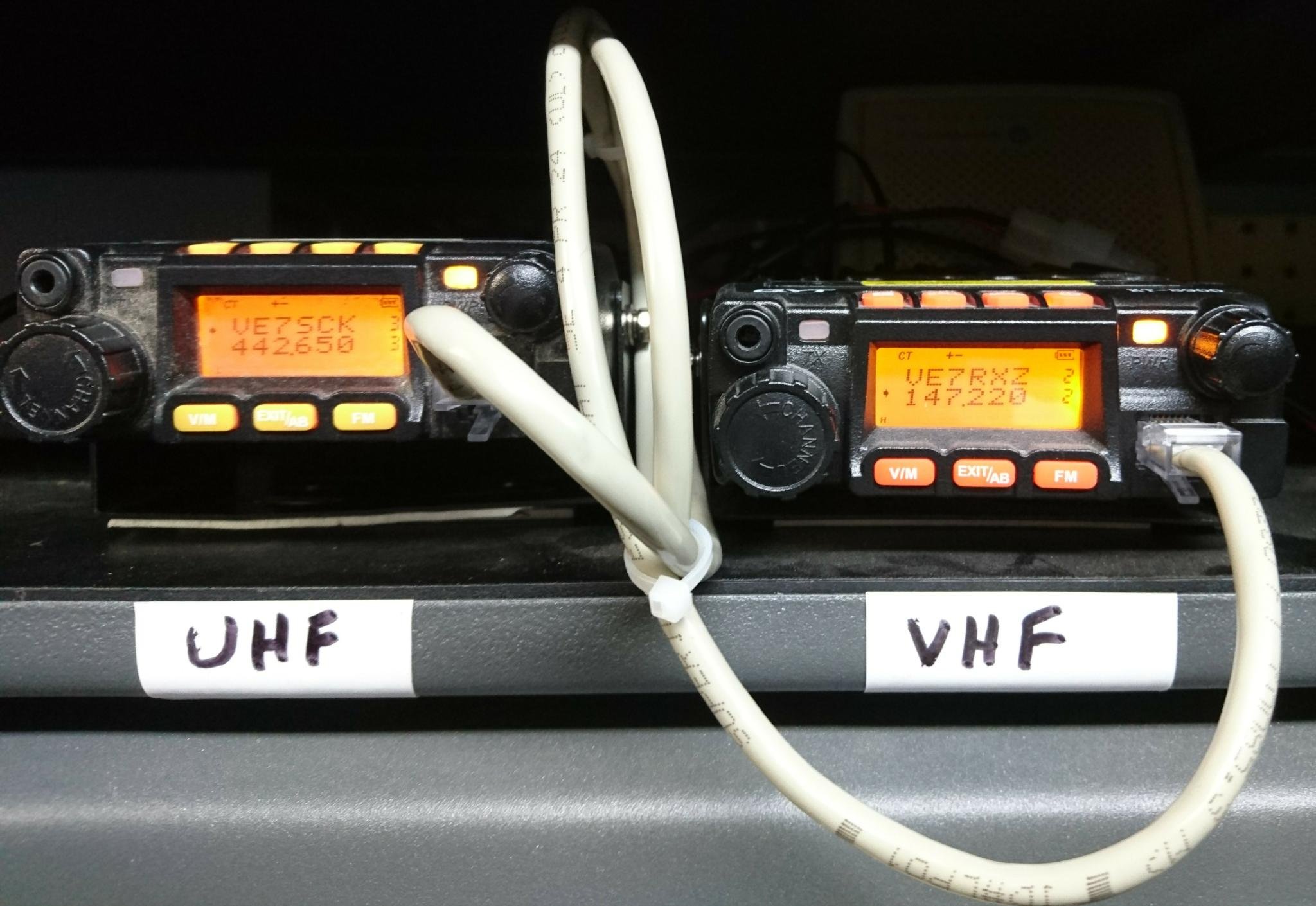