On Saturday June 22nd, the group met at Tim Horton's at 09:30. We had our coffee and chatted. VE7YEE and VA7GRK were at coffee but were unable to participate in Field Day. VE7RG, VE7TBP, VE7XNC, VA7SMI, and VE7RBE headed to Maryanne West Park at 10:00. VA7ILO met the rest of the group at the park. This was our second field day at this park. It is at a school and a public location. It is also close to many of our houses so it is easy to get supplies if we are missing something.

VE7RG was the safety officer for the day.

We unloaded the equipment to as public a location we could find to operate. Some focused on the HF station. The cannon was the star of the setup. VE7TBP was able to quickly get ropes up into trees to bring antennas up. We started with an end fed antenna. We later put up a 20m dipole. 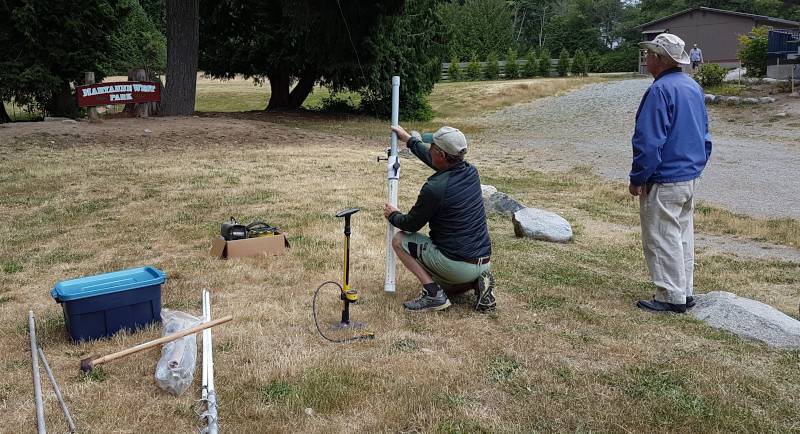 On the VHF side, we had a tripod and a GP9. Unfortunately, the GP9 has a bit of history to it and was not an effective antenna. We tried a few other antennas during the day. 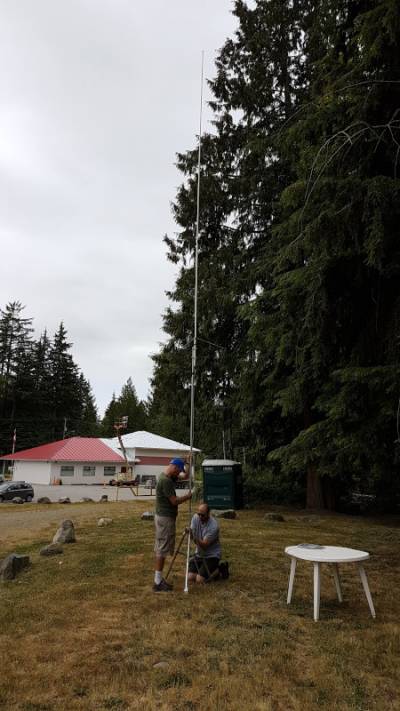 We ran both stations on solar power with their own panels, charge controllers, and batteries. There was more than enough sun to keep our rigs powered. It was a bit cloudy in the morning and it cleared up late morning.

Everyone took turns on each rig and everyone got contacts on both. 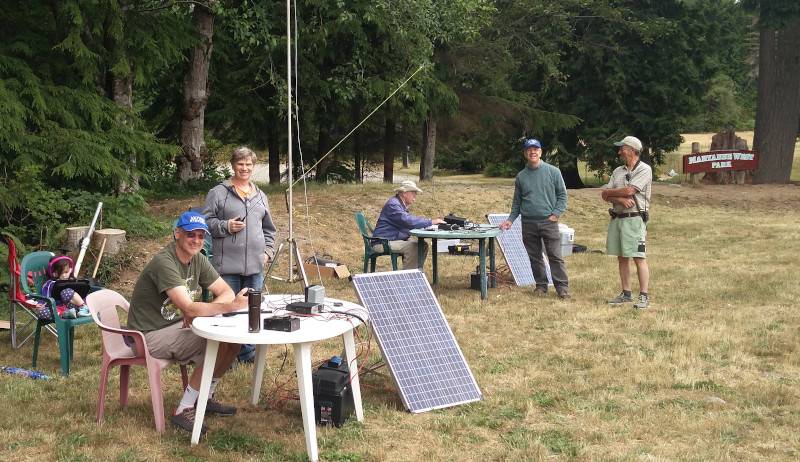 VHF was not fruitful on the contacts front. We heard the same thing from someone at another club. Having our antenna higher may have yielded better results.

Our attempts to connect a laptop to the HF radio in order to use digital modes were not successful. VE7RG on CW got the most contacts. CW appears to be the superior mode for contesting.

The 22nd was a busy day in our community with Jazzfest and Show and Shine. We did not get the same number of visitors as last year. We did have some families that came to play in the school park ask questions and they were impressed.

Ron and Gayle Nielson, who are board members of the Elphinstone Electors Association, visited us and spent a long time asking us about what we do. Gayle has a column in the Coast Reporter and she may feature us next week. 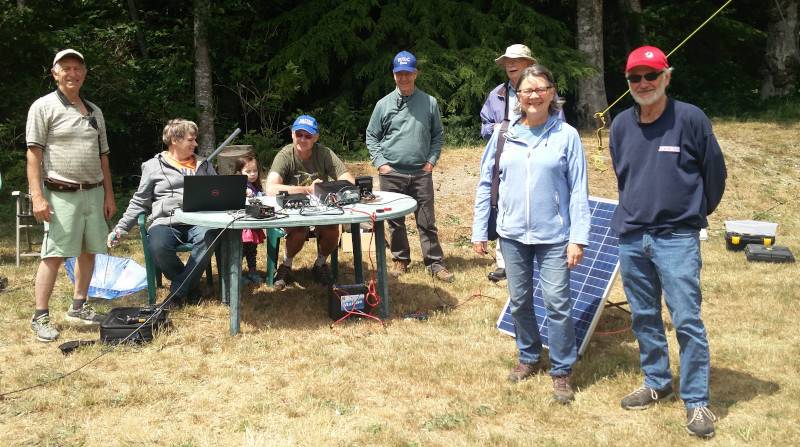 A few people had to leave by 17:00 so we decided to pack up while we had numbers.

It was a fun day. It was fun being out with others and doing radio. We learned some things that will help for next year.